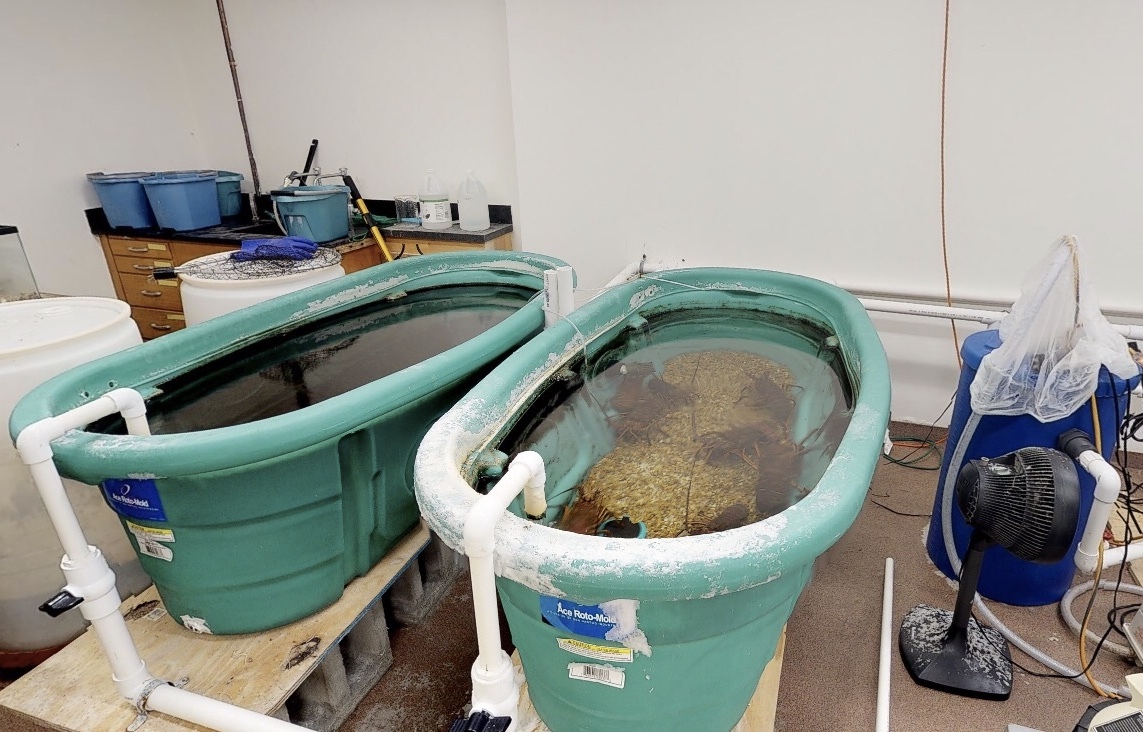 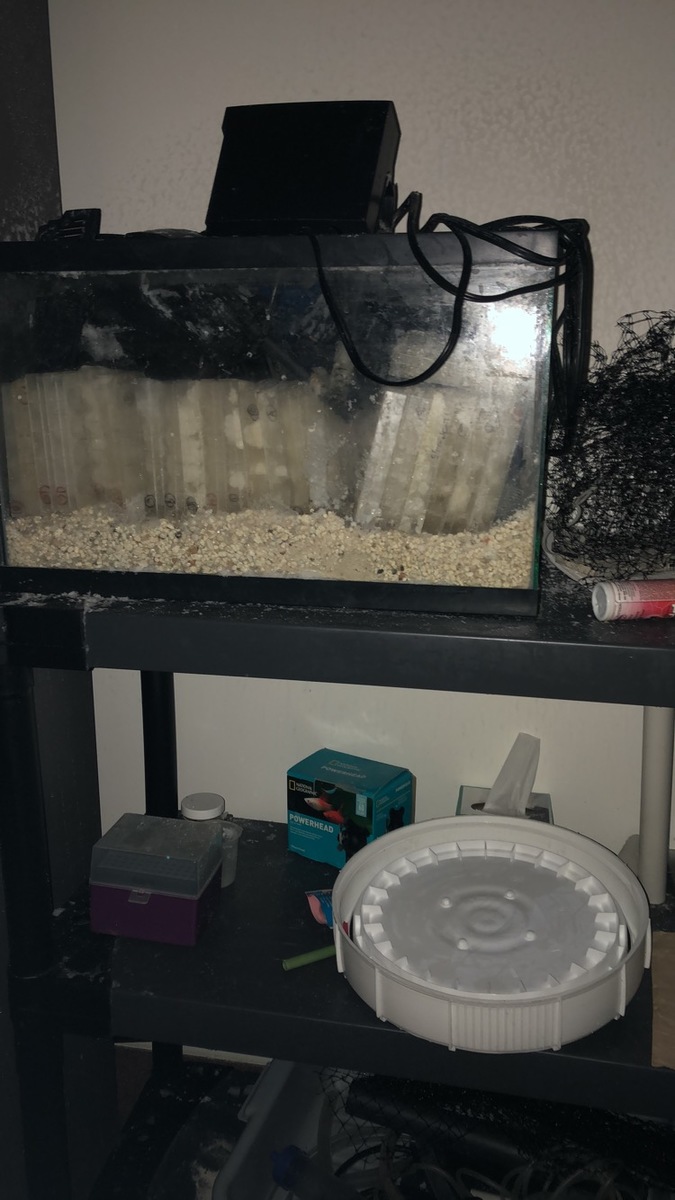 This story about lobsters in Kell Hall was contributed anonymously.

At the end of spring semester 2018, my boyfriend, our friend and I were running around Kell Hall checking out what was in there, as we had never been inside before. It was the end of finals week, so no one was really inside. As we scoured the building for random items (we found a couple of test tubes and beakers), we came upon this room on the fourth floor. Though most of the building was abandoned and dark, this is the one room that had life in it.

What was that life? Lobsters. An entire pool FULL of lobsters.

We walked into this room and found about 15-30 lobsters sitting in a pool with what seemed to be a filter running through it to keep them alive. We were casually checking them out when all of a sudden the unimaginable happened in a matter of seconds.

While we were joking around, my boyfriend backed up into a fan that was plugged into the wall on the shelf behind him. When he knocked into it, it toppled over (while O'Fortuna played in the back of our heads). We watched in slow motion, as the fan made its way to the pool. All of a sudden, a huge FLASH proceeded by a loud popping sound overcame the room. Moments later, we look down in horror only to find all of the lobsters slowly floating to the surface. They were all dead.

One glance and we all BOOKED IT out of that building, not knowing what would become of us if we stayed. We were so thankful there were no stairs, because those ramps made it much easier to get down!

We laughed and cut up about it, despite feeling awful for the accident, but soon forgot about the lobsters of Kell Hall.

Months later, I was recalling the event to a good friend of mine on social media, when all of a sudden she revealed some heart-wrenching news to me.

The lobsters in the pool were a part of a grad student's final project.

The three of us, in a moment of clumsiness, ruined some poor, stressed-out student's project!! We were appalled to learn this information and instantly felt terrible about it. However, we got a good chuckle out of the entire story. So much so, that we started telling it throughout the university at different events and outings.

We just want to take a moment and say this:

If you're reading this and you are THAT grad student, we would like to formally apologize for our mistake and hope everything smoothed out in the end with the project!

*Disclaimer: The project team cannot confirm this account, but the submission was described as a true story.

This item has no relations.