Over the years, endless modifications and relocations within Kell Hall meant that rooms were built with one purpose and then re-purposed later for another department or laboratory. In our survey of the building, we found a couple different spaces that were used as dark rooms for either photography or photo-sensitive experiments. 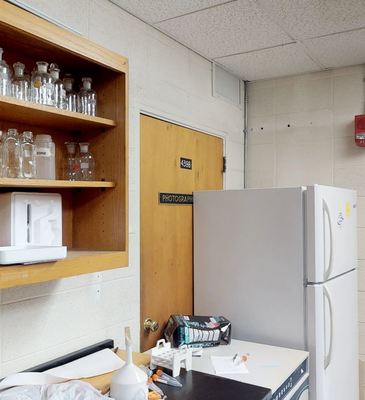 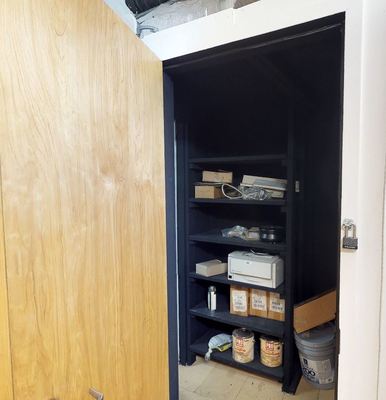 Room 439B is an interesting suite of spaces that seem cobbled together, but date in part to the 1960s. The door between 439A and B had a sign for "Photographic Room", which is an odd but obvious phrase. Both rooms also had doors in the main hallway, though many doors were added throughout the building over time.

The Photographic Room had clearly been changed from its original layout with the addition of a storage room with no ceiling and thin wooden walls. A black-painted vestibule separated the main room from the dark room, which was equipped with counters and a sink.

The sign for the "Photographic Room" can now be found in the University Library on the door of the room containing photo studio equipment and virtual reality development workstation. 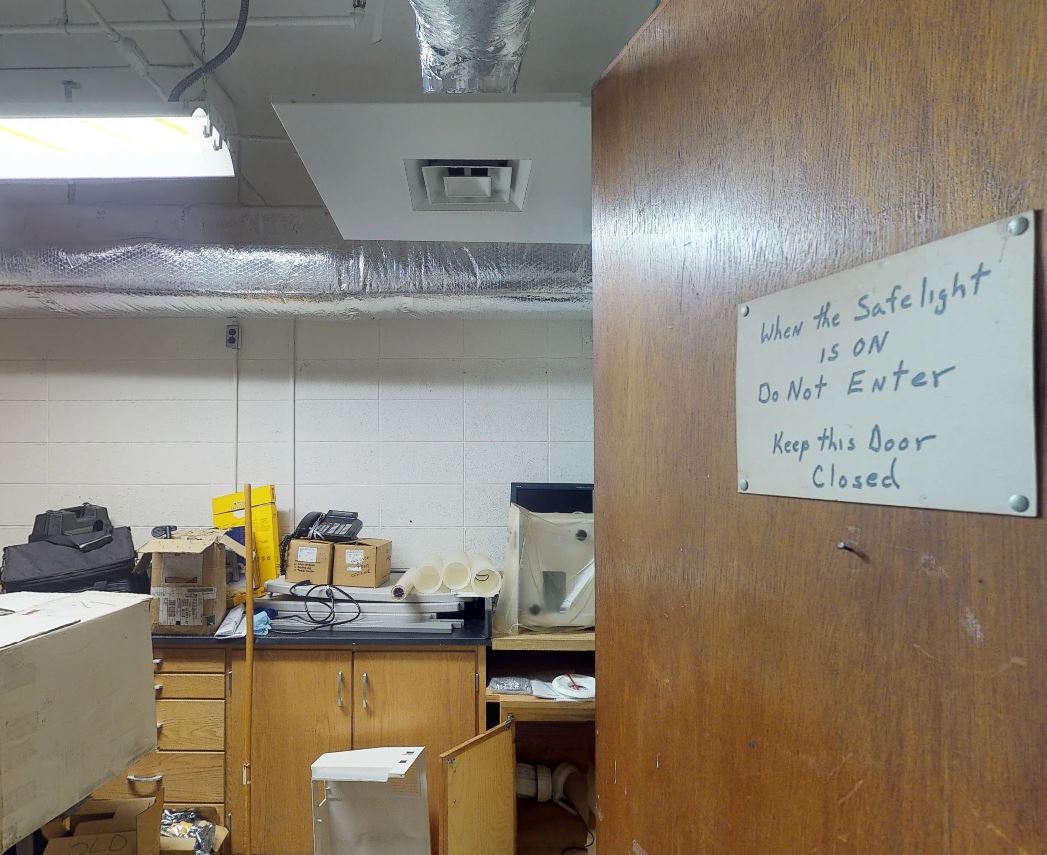 Tucked away on the 6th floor, this dark room laboratory had three separate rooms with red lights over the doors. Whether the room was originally designed for photography or other photo-sensitive experiments, it was most recently occupied by the chemistry department. 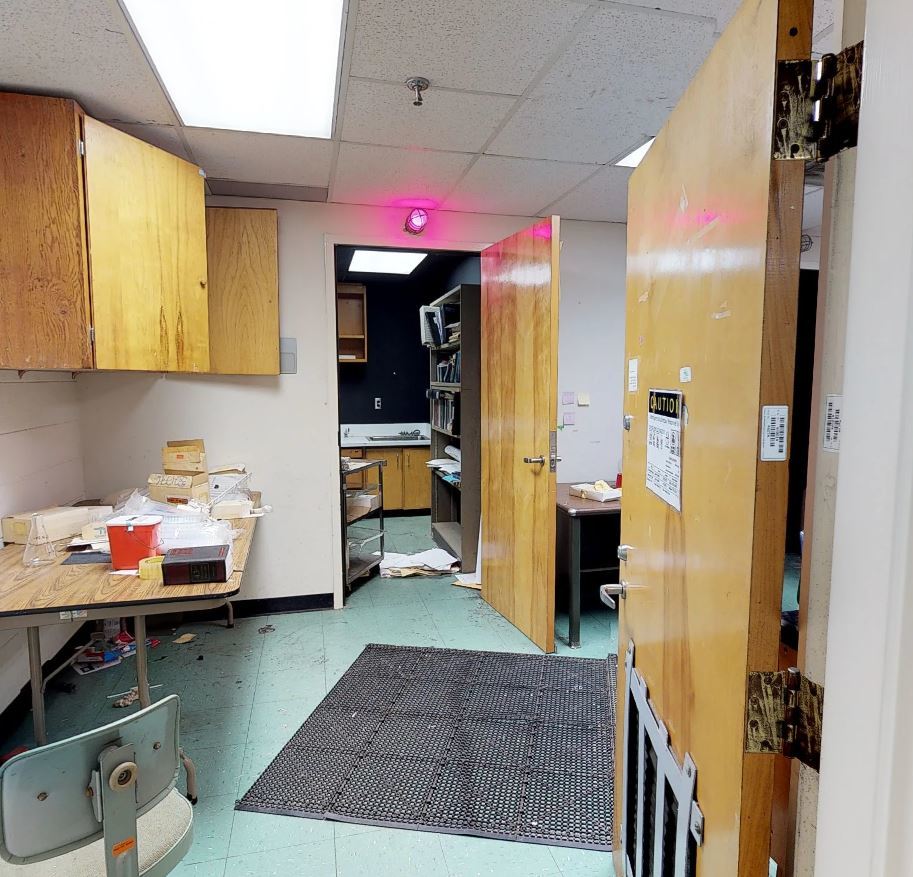 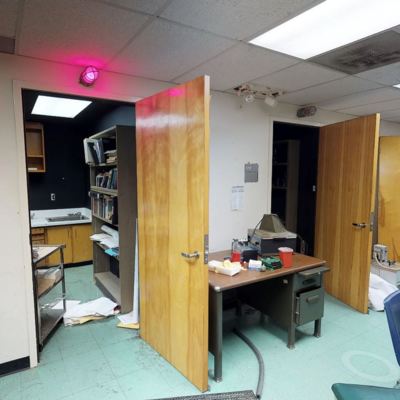 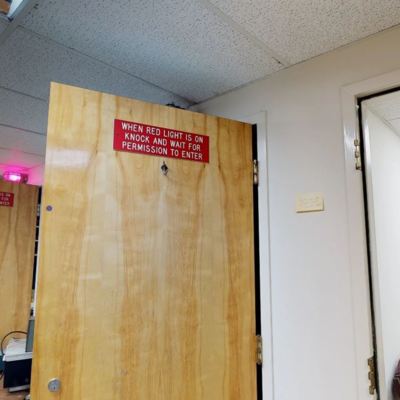