The Evolution of Ivy Street

During the 1950s, the school continued to renovate and reconfigure the Ivy Street Building to serve the needs of the growing student population.

The Geography Department was the primary tenant of the 4th floor in 1951 and had plans for many additions. Their plan was to build display cabinets spanning 18 feet filled with archeological exhibits and mineral specimens. In that space at the time were only vending machines.

The Psychology Department gets a new lab

By December 7th, 1951, most of the new chemistry equipment was installed on parts of the 3rd and 4th floor, and some students were able to start working there. At the time, the initial plan for the chemistry lab renovations had a budget of $40,000. Another lab was added for organic and analytical chemistry on the 5th floor by September 9th, 1956. The budget for this expansion was $30,000. Another expansion for the chemistry labs was announced almost two years later which was to be finished by the end of 1958. This lab was valued at $6,000 and allowed for curriculum supporting four years of course work and twice the number of chemistry students enrolled.

The new year of 1957 brought news of the psychology lab to be added to the 4th floor. The laboratory was to be used initially by Dr. James P. Rogers and Dr. T. T. Crawford for their study on four different “strains” of rats.

In 1957, the Signal Newspaper gave a brief update as to the status of the Art Department’s whereabouts. Four years earlier, there were only two studios and two staff members. By 1957, the department expanded to seven studios located on the 7th floor with four full-time instructors and two part-time instructors.

Around October 10th, 1958, the biology department announced plans for a $55,000 lab remodel and equipment update. Three rooms were to be renovated with a microtone room, slide room, and microscope lab. Another three rooms would be occupied by nursing students. Two would be used as labs, and one would be used as a lecture room. A library for the biology students was also included in the plan. 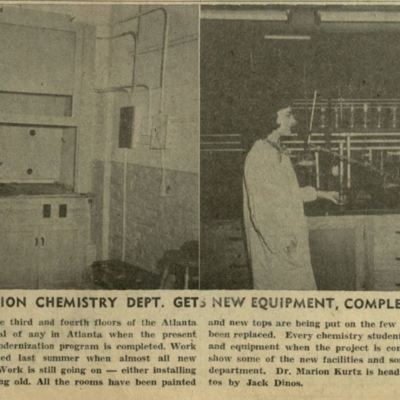 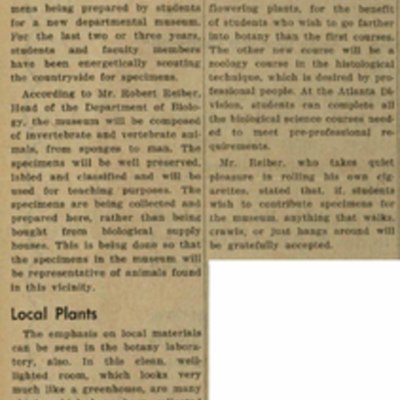 The Biology Department builds a collection of specimens, 1954 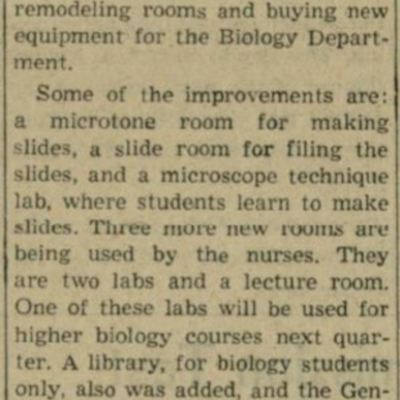 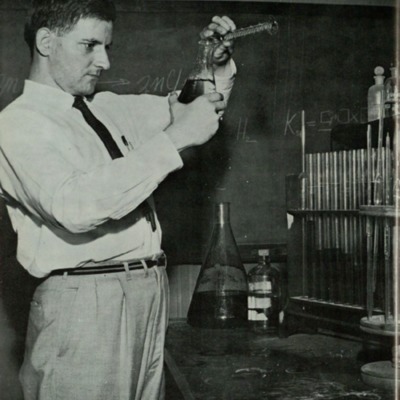 Despite endless renovations in the Ivy Street Building, the school needed more and more space for classrooms, administrative offices, labs, and services. The land between Decatur and Gilmer Streets from Ivy to Courtland had been purchased by the school and operated as parking lots. In 1954, construction began on a new building at the corner of Gilmer and Courtland which would later be named Sparks Hall.

The 1955 Rampway yearbook included a description of the new building:

The new building has more than 75 classrooms, all modern administrative offices, a large library, student and faculty lounges, a play deck, a main reception area, and an outstanding cafeteria with massive Greek style columns. This, briefly, is the Atlanta Division, University of Georgia, the sixth largest undergraduate school of business in the nation and the first in the South.

From 1955 onward, the Ivy Street Building began to be overshadowed by newer, more modern buildings on campus. However, the converted parking garage continued to serve as a focal point while the school was built around it. 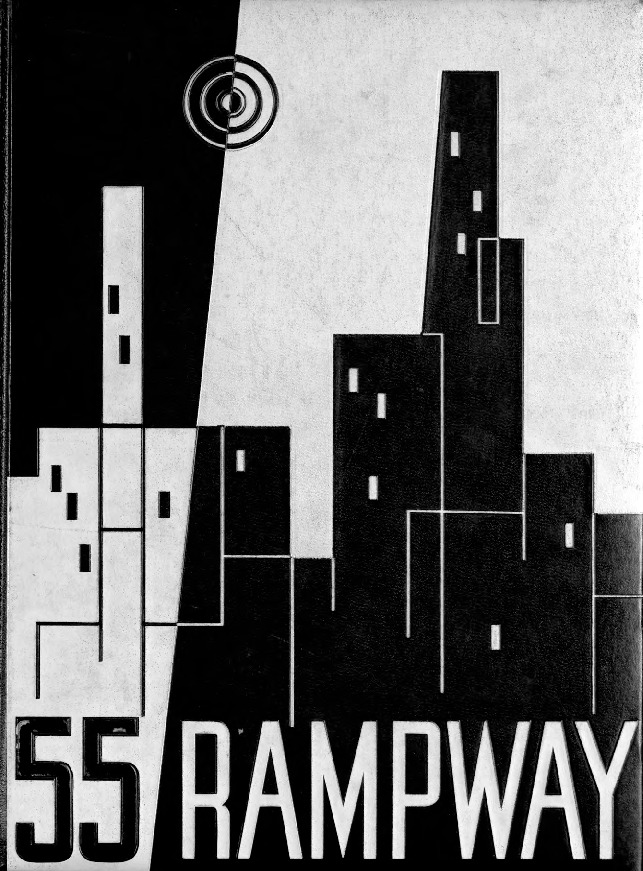