By late 1924, construction had begun. The soft ground required supportive pilings built and sunk by Raymond Concrete Piling. The contract for excavations was awarded to Griffin Construction, the oldest construction company in Atlanta at the time.

On October 26, 1924, The Atlanta Constitution reported, "Work on both of these processes will be pushed rapidly, so that actual construction work can begin at the earliest possible moment."

By May 1925, work had progressed sufficiently that the Constitution reported a formal grand opening with free parking from June 3rd to 6th. In a two-page spread titled "Opening of Atlanta's New $1,000,000 Automobile Hostelry", the newspaper reported on the design, architects, construction methods, and operation of the garage. Surrounding the articles were numerous advertisements for the parking in the garage, architects, real estate company, construction firm, and suppliers of the building's plumbing, fire doors, paint, tile, sprinkler system, and roof covering.

The article described the building as "perhaps the best and most efficiently constructed building of its kind in the world." 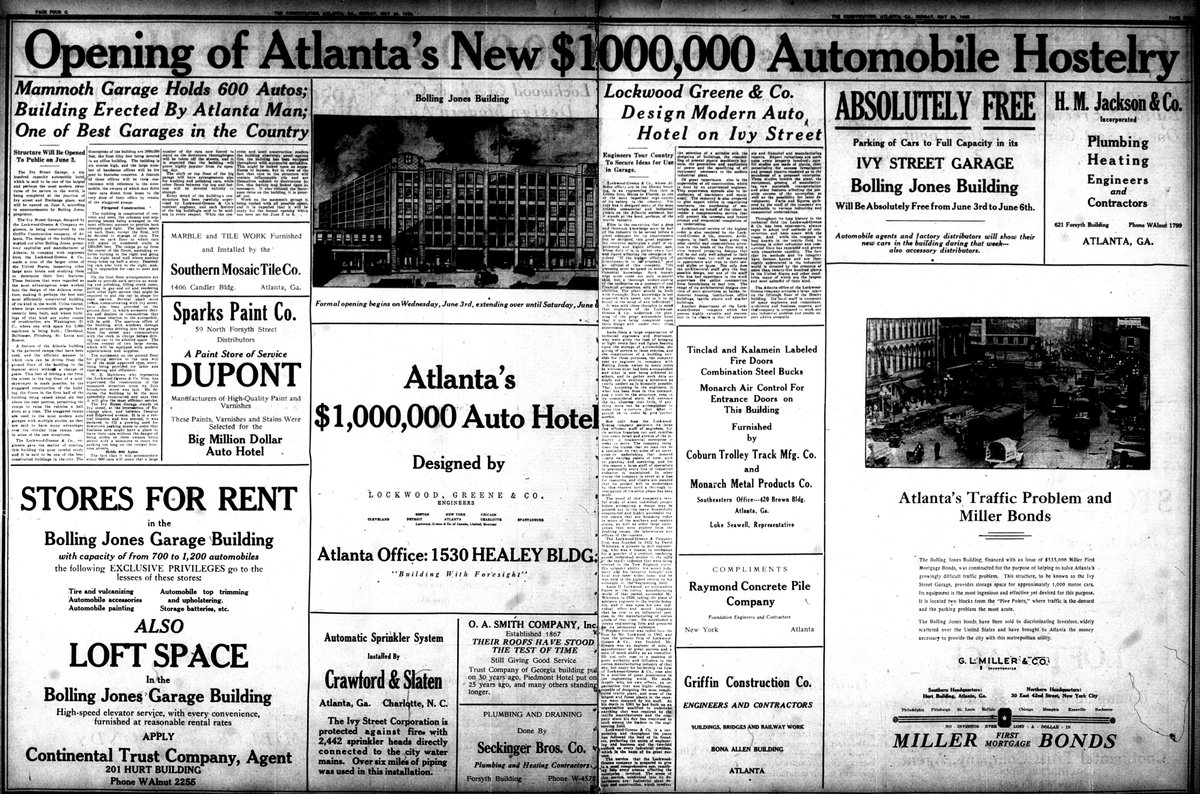