The End of an Era

When the Bolling Jones building was put up for sale in 1945, the garage was struggling to make a profit. A new management company, Eglin's Garages, Inc. of Philadephia, had taken over operations in 1939. Although the exact reason for the garage's trouble is unknown, increasing competition from newer garages and difficulty in finding long-term tenants may have been factors. 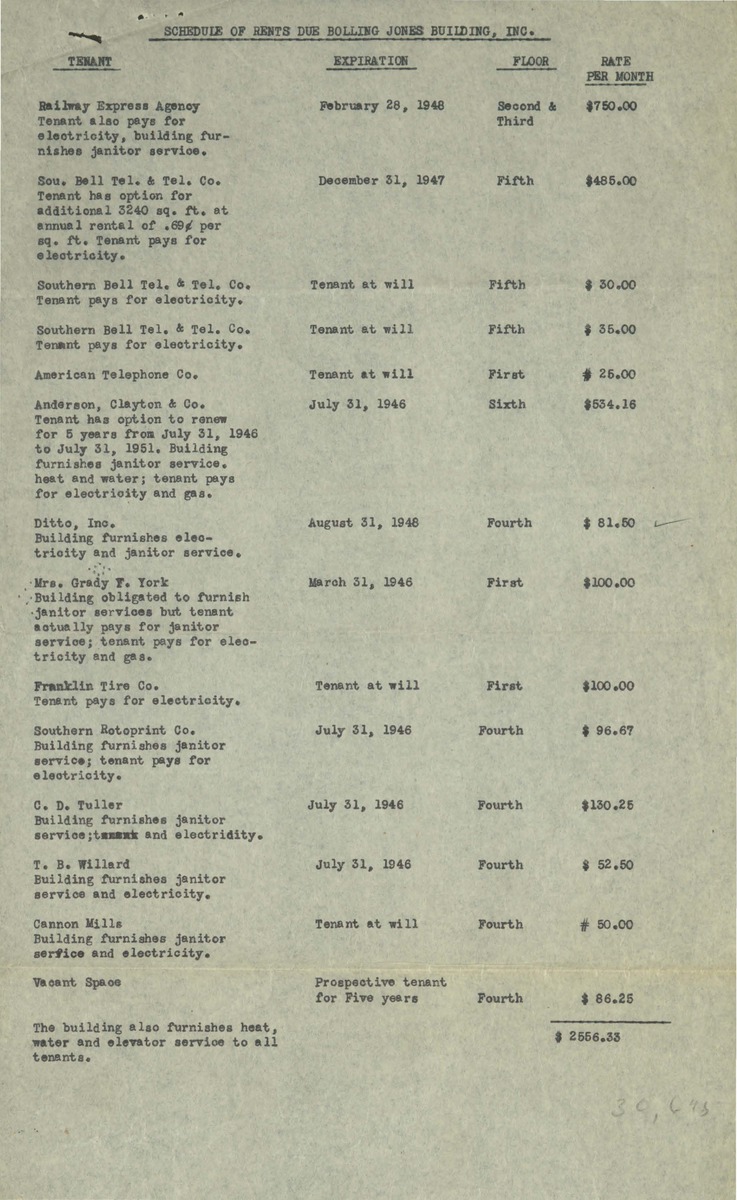 In a letter to the University System of Georgia in 1945, the Bolling Jones Building manager listed eleven tenants sharing space in the six-story building.

Despite having some income from the lessees and the operation of the garage, the Ivy Street Corporation decided to list the building for sale in 1945. Although the cost of construction approached $1 million, a lack of potential buyers meant that the asking price for the building was low.

That same year, the University System of Georgia Evening School sought more space for its increasing student population. Although new construction in Atlanta was stalled by wartime production demands and material shortages, Director George M. Sparks found a perfectly suitable but unusual solution to his needs. The Bolling Jones Building was operating at a loss as the Ivy Street Garage and its owners were open to offers on the building. Sparks began negotiating with the Board of Regents and the buildings owners to get the best deal for his school. 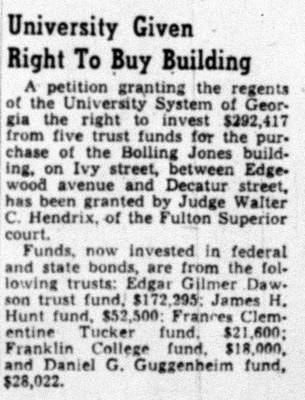 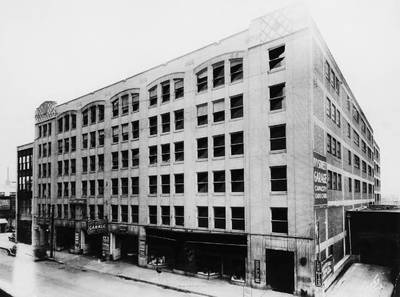 The Bolling Jones Building in 1945

On August 18, 1945, the Atlanta Constitution reported that the University System of Georgia had been granted permission to invest $292,417 to purchase the Bolling Jones Building.

Converting the Garage into a School

Upon purchase of the building, Director Sparks immediately began petitioning Atlanta's business and social leaders for aid in finding materials for the necessary renovations to the building. He sent form letters to eighteen men around the Atlanta region, including presidents of corporations, members of the local government, and even William B. Hartsfield, mayor of Atlanta.

Not every contact was able to help find materials, but James B. Carmichael at the Bell Bomber Plant in Marietta provided chairs, tables, desks, kitchen equipment, and 4x4 timbers. Sparks set up a sawmill on the 4th floor of the building to cut 4x4s into more useful 2x4s. Additional materials were provided from the Firestone Rubber plant, the local Office of Price Administration, and the labs in Oak Ridge, Tennessee. Some of the labor for the renovations was provided by county convicts, who participated in cleaning and preparing the space, and framing the rooms. Sparks reported that donations of materials totalled over $200,000 and the hurried renovations allowed the school to hold classes in the Ivy Street Building in March 1946.

After moving to the Ivy Street Building in 1946, the school continued collect rent from a number of tenants, but also expanded into additional floors of the building as enrollment increased.