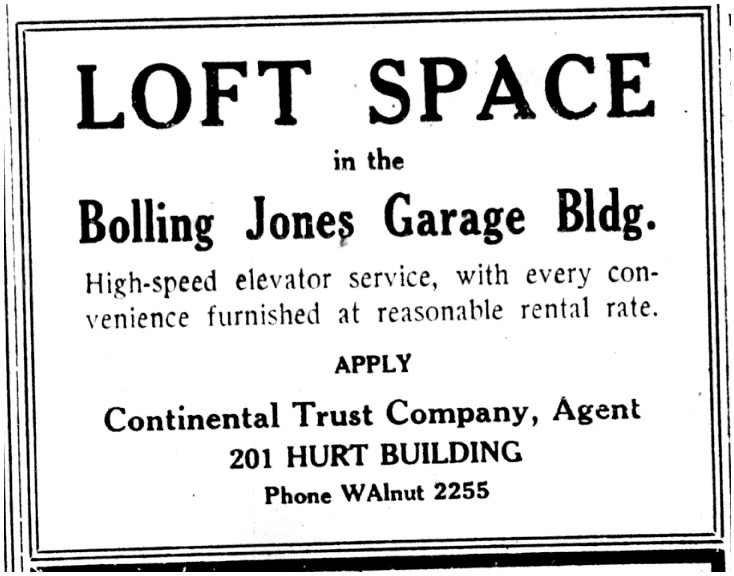 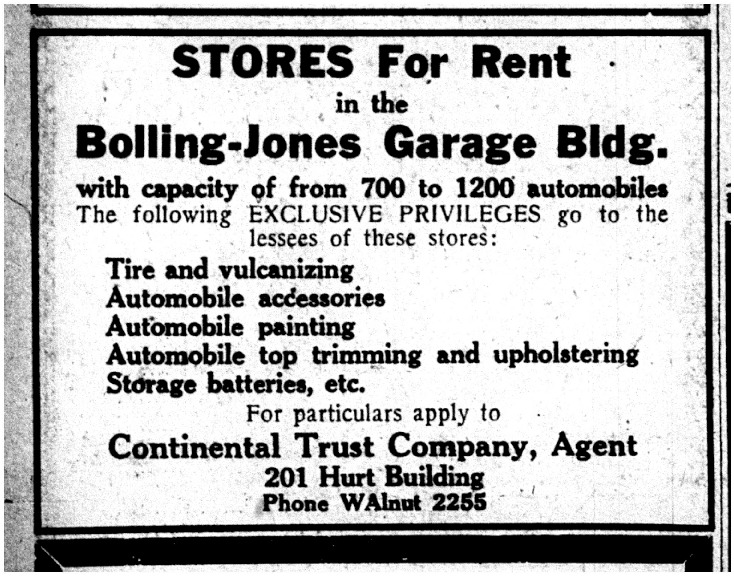 The design of the Ivy Street Garage incorporated space for stores on the main floor and loft space for businesses and storage on the upper floors.

Even before the garage opened, the corporation ran advertisements to attract potential tenants. On March 28, 1925, a classified in the Atlanta Constitution advertised "Loft Space in the Bolling Jones Garage Bldg." with "High-speed elevator service, with every convenience furnished at reasonable rental rate."

Another ad on April 15 appealed to potential lessees by offering "exclusive privileges" such as tires, vulcanizing, automobile accessories, painting, upholstery, and batteries.

In the 1920s and 30s, numerous businesses and organizations leased store and office space in the Bolling Jones Building. In the late 1920s, a naval armory was located on the second floor, where they hosted drills and events. Legion offices were also located on the second floor. In the 1940s, a United States Treasury Intelligence Unit had offices in the building, and held auctions for seized vehicles. 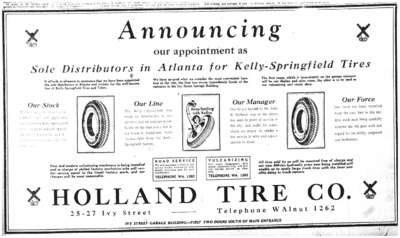 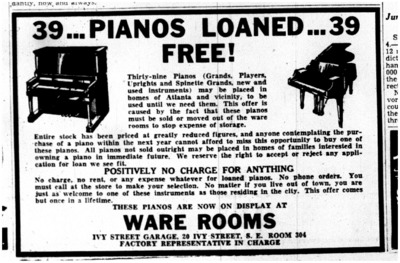