The Origin of Ivy Street Garage

In the early years of the twentieth century, Atlanta was rapidly growing into a bustling center of commerce and capitalism. Money flowed into the city and through its neighborhoods in businesses such as banking, manufacturing, transportation, real estate, retail, and stock trading. As the rate of automobile ownership continued to rise, downtown streets became increasingly congested and parking became more difficult to find. Streetcars had been present in Atlanta for decades, but added to the congestion as they shared the streets with automobiles. Even as early as the 1920s, Atlanta needed solutions to the growing car problem. 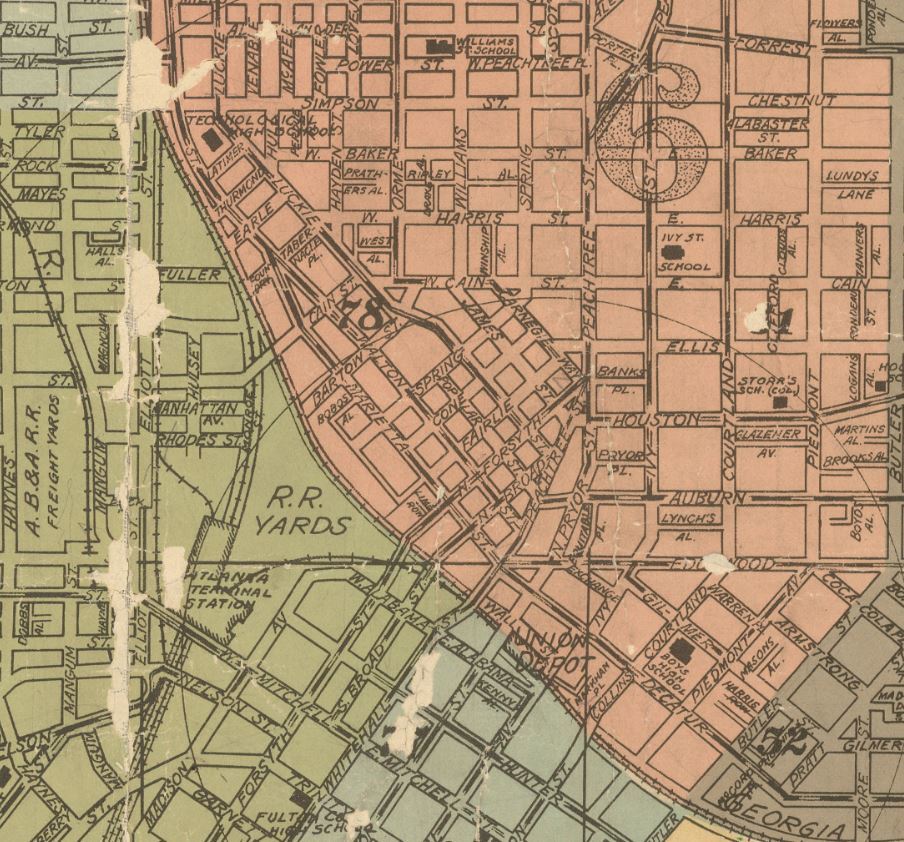 In light of the changing streets of Atlanta, enterprising businessman Bolling Jones, Jr. developed a plan to profit from the need for more parking. Jones had been born into a wealthy family of entreprenuerial civic leaders. After his father passed away, he became president of the Atlanta Stove Works. He also served as chairman of the Fulton National Bank. As a business owner and prominent member of Atlanta's business community, Jones knew the value of consumer demand and how to capitalize on it. 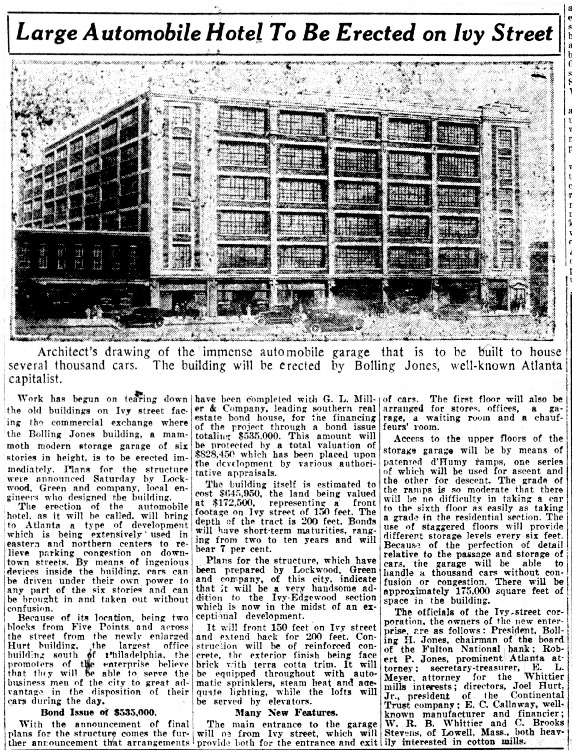 Jones and his partners worked with Lockwood, Greene, and Company to develop plans for a six-story garage with internal ramps, automatic sprinklers, steam heat, and elevators for the office space at the front of the building. It would provide parking for about 1,000 cars, with the first floor occupied by offices, stores, mechanical shop, waiting room, and chauffeurs' room.

The completed building would have 150 feet of frontage on Ivy Street across from the new Hurt Building and extend 200 feet back toward Courtland Avenue.

Designing the Garage →
The Origin of Ivy Street Garage